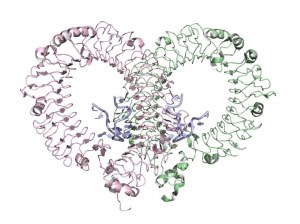 Toll-like receptors (TLRs) are a type of pattern recognition receptor (PRR) that play a key role in the adaptive immune system by warning it to the presence of microbial infections.
They are single membrane-spanning non-catalytic receptors that recognize structurally conserved molecules derived from microbes. Once these microbes have breached physical barriers such as the skin or intestinal tract mucosa, they are recognized by TLRs which activates immune cell responses.
TLRs are believed to function as dimers. Though most TLRs appear to function as homodimers, TLR2 forms heterodimers with TLR1 or TLR6, each dimer having a different ligand specificity. TLRs may also depend on other co-receptors for full ligand sensitivity, such as in the case of TLR4's recognition of LPS, which requires MD-2.
When activated, TLRs recruit adapter molecules within the cytoplasm of cells in order to propagate a signal. Four adapter molecules are known to be involved in signaling. These proteins are known as MyD88, Tirap (also called Mal), Trif, and Tram. The adapters activate other molecules within the cell, including certain protein kinases (IRAK1, IRAK4, TBK1, and IKKi) that amplify the signal, and ultimately lead to the induction or suppression of genes that orchestrate the inflammatory response. Belong the TLR family : TLR-1, -2, -3, -4, -5, -6, -7, -8, -9, -10, -11, -12, -13. 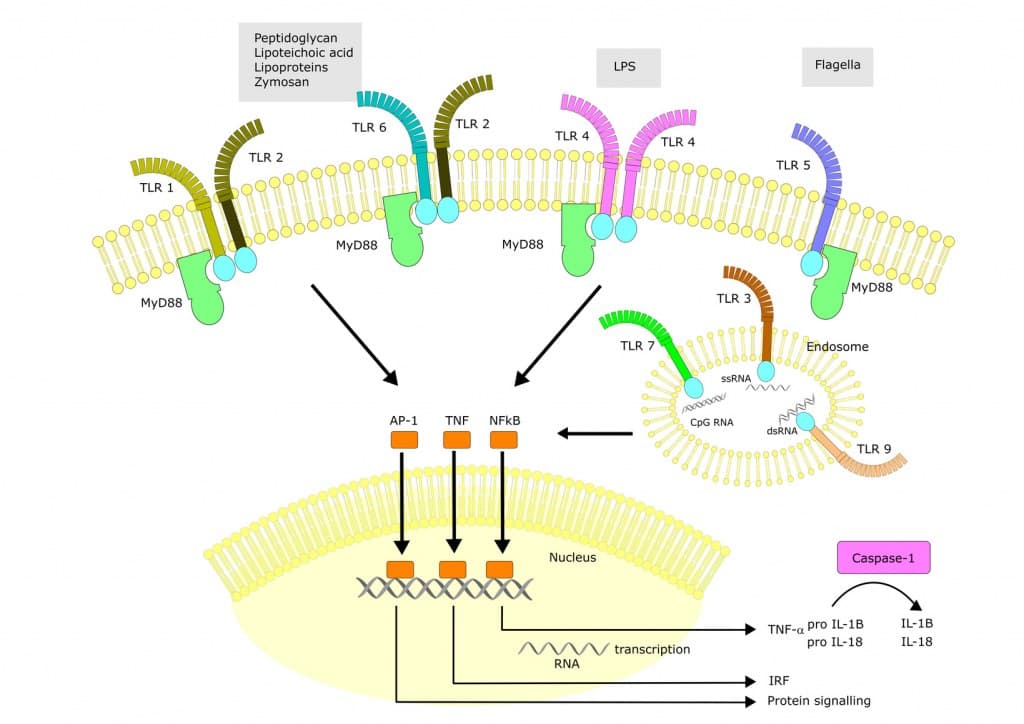 The innate immune system is an ancient host defense mechanism found in almost every multicellular organism from plants to humans. In invertebrates it is the sole mechanism of defense against pathogens but in higher vertebrates constitutes the first line of defense.